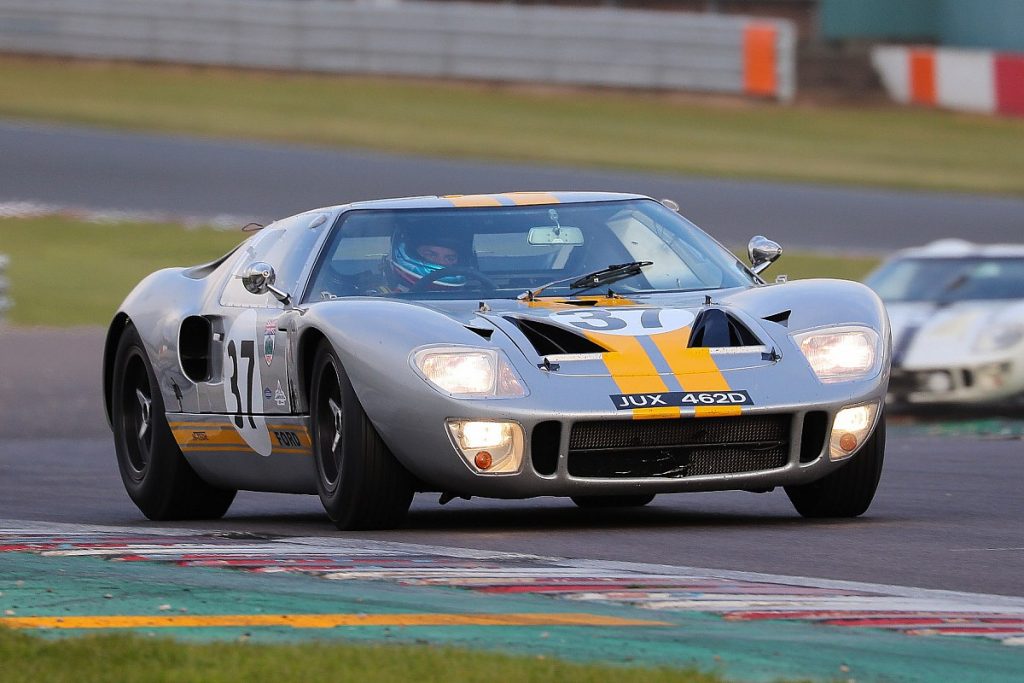 Article from Autosport.com click HERE to read in full

”The roar of a thunderous V8 engine, a moment’s silence before a series of downshifts interspersed by crackling and popping from the over-run as the rumbling roar picks up again in the far distance. It might be a cliche, but it really is enough to make the hairs on the back of your neck stand up.

The Amon Cup for Ford GT40s at the Donington Historic Festival last weekend was always going to be the must-see event of 2021 as far as this writer was concerned, and it certainly didn’t disappoint.

“It’s the noise, not only are they a thing of beauty, it’s a proper engine noise – which is missing in modern-day racing,” says Alex Amon, son of Chris, who awarded the trophies post-race and was also witnessing these cars in action for the first time. “It’s everything about them, the look of them is stylish and quick.”

It was hard to disagree, and the sight of them being driven at speed was just as impressive as the noise, with three-time British Touring Car champion Gordon Shedden and others pushing their machines to the limit. This was a proper race and these cars were being driven as they were always intended – on the edge.”