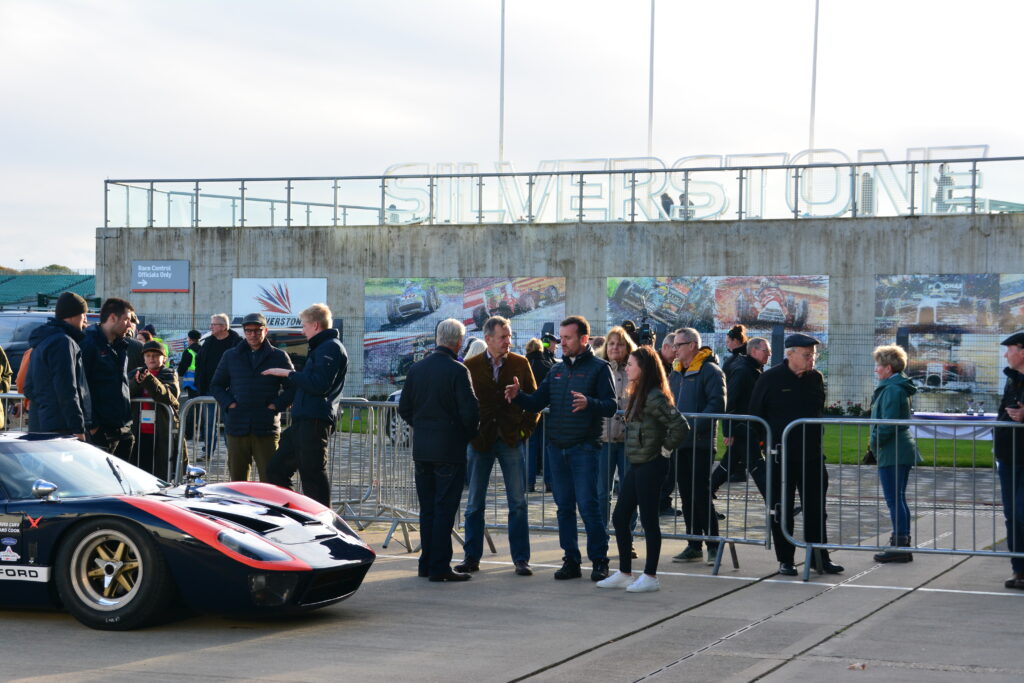 From dawn ‘til dusk and stormy skies to sunshine, club members from across the country descended on Silverstone on Saturday 30th October for a day of historic racing and to put on a display of club cars for visiting enthusiasts.

The event, organised by Motor Racing Legends and supported by DK Engineering, saw seven races take place over the weekend. For only the second time, the race schedule included the single marque Amon Cup race for GT40s (the first, held at Donnington in May, took place behind closed doors).

To tie in with the Amon Cup race, the club was given permission by Silverstone to put on a display of cars in a fantastic space overlooking the pit lane, with our own private balcony and access to a neighbouring grandstand.

Club cars began to arrive at Silverstone from 7am, the rumbling V8’s stirring the silence of the paddock. Parking marshals Max Walter and Lee Dawson were on hand to organise the cars into position, ready for the steady stream of visitors and fellow club members that would descend on the area throughout the day. 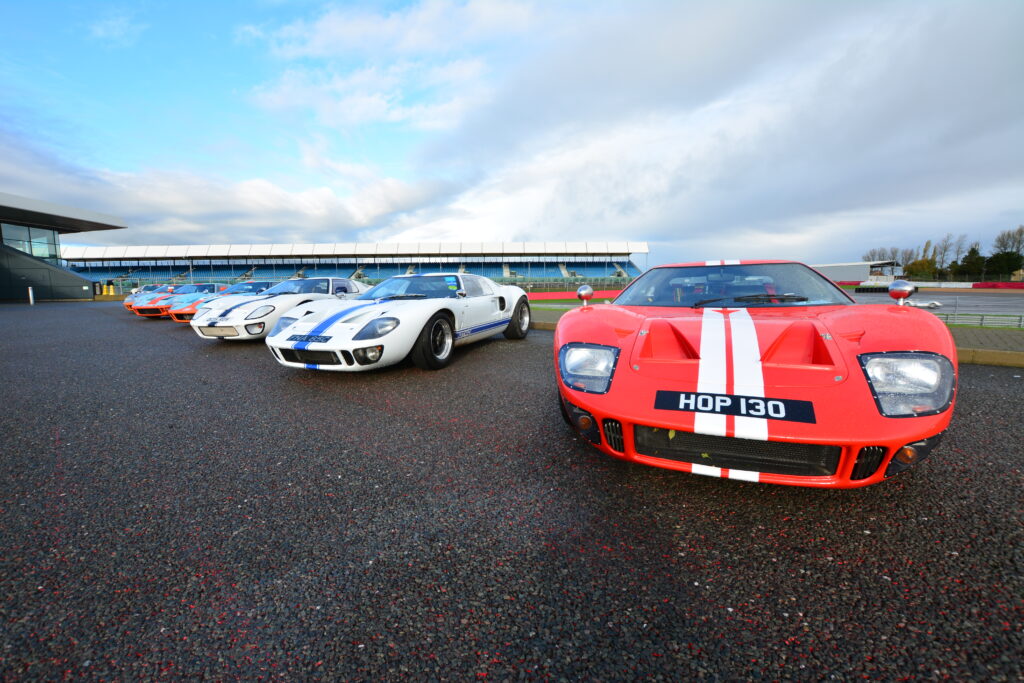 Club members Taya and Trevor win the award for furthest travelled, having driven some 280 miles from Cornwall with their Gulf livery ’40. Others mentions go to Scott for most water absorbed by a driver’s seat on the journey to Silverstone (!) and to Peter who brought his car out of full winter hibernation to come and join the display.

One final acknowledgement goes to Roger, owner of one of the newest cars in the club. Roger, who lives in Somerset, awoke to torrential rain and significant surface water on the roads surrounding his home and had to make the tough decision to cancel his trip. Three hours later the group received a WhatsApp message ‘made it through 5 inches of water without a prop, hope to be with you before 12’. It was great to see Roger and his stunning Tornado, so pleased you made the trip. 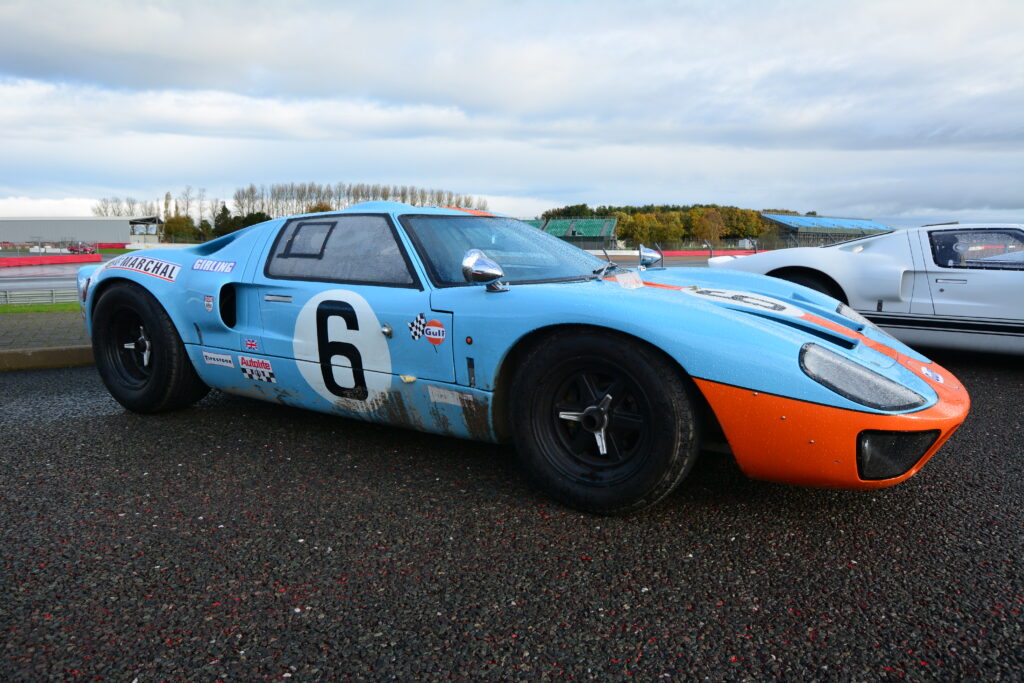 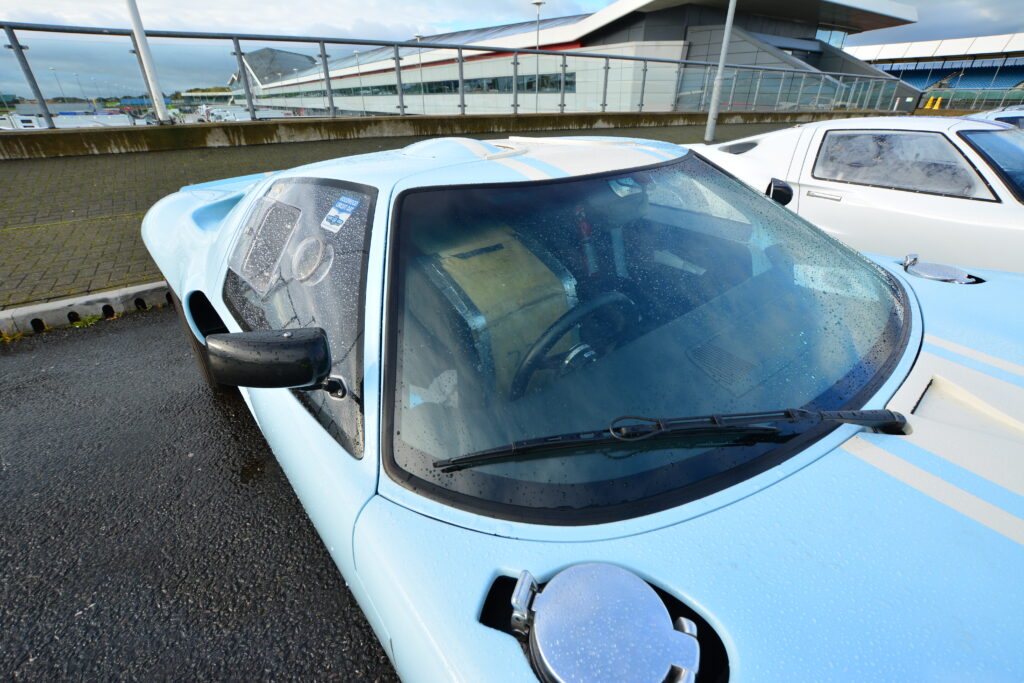 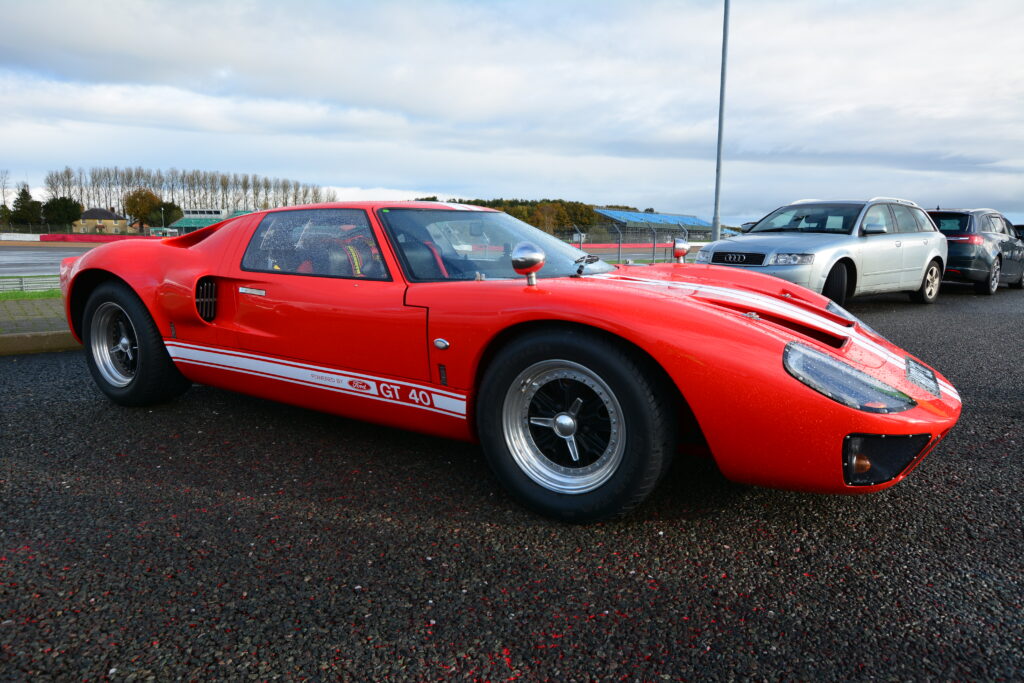 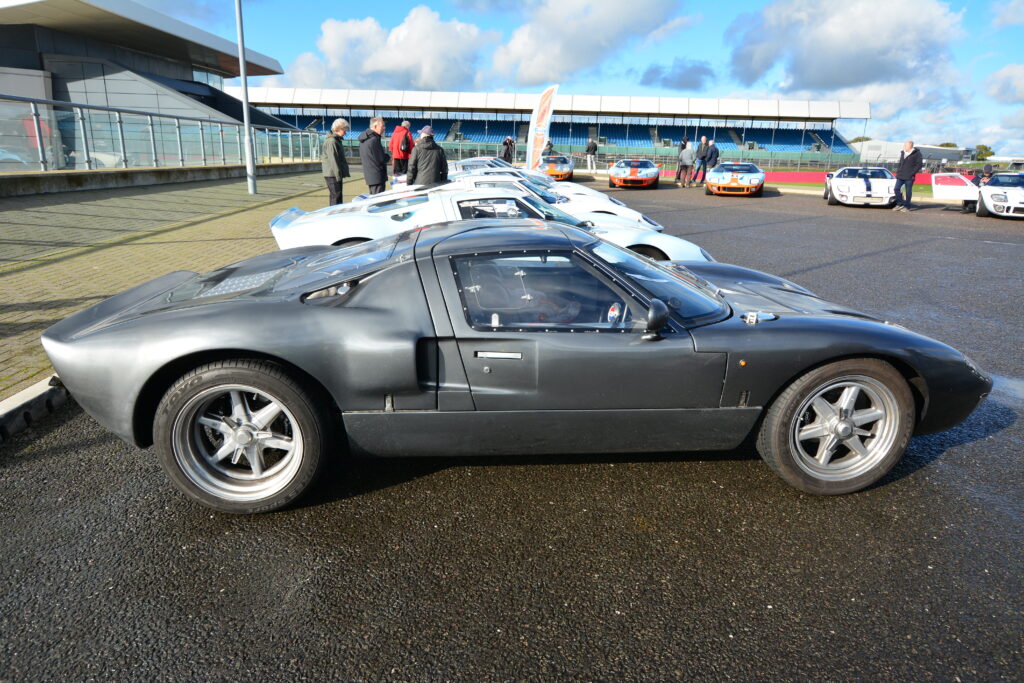 Club members were treated to full access to the pit garages with the chance to chat to the race teams and get up close to the cars. In total, there were 7 GT40s making up the grid for the Amon Cup (it is hoped more will be able to sign up for the 2022 season as international travel continues to open up)

Qualifying for the Amon Cup race at 10.30am was very much in the wet, but all cars managed to stay out of the kitty litter and make it safely back to the pits. The main race started at 4.20pm on a mostly dry track and spectators were treated to the wonderful sights and sounds of GT40s for a full 80 minutes of closely fought racing. 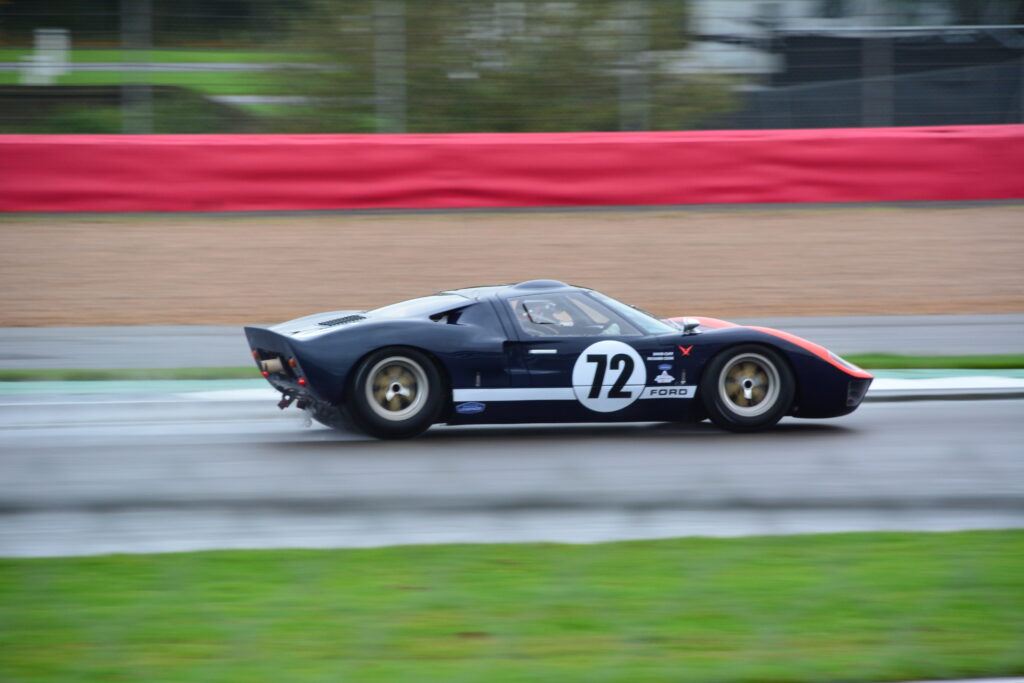 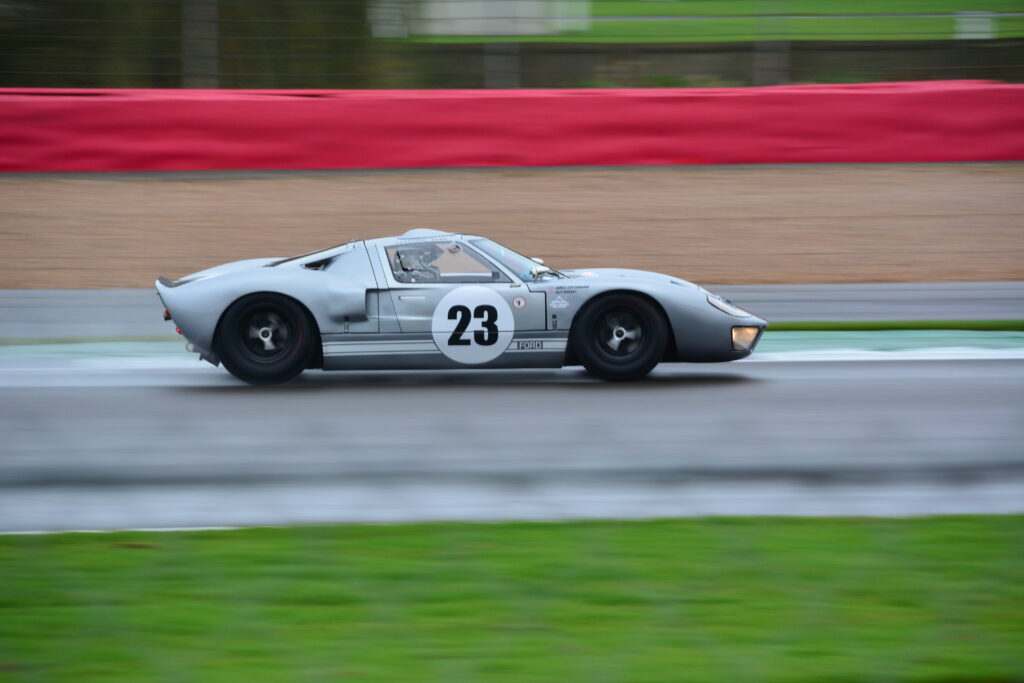 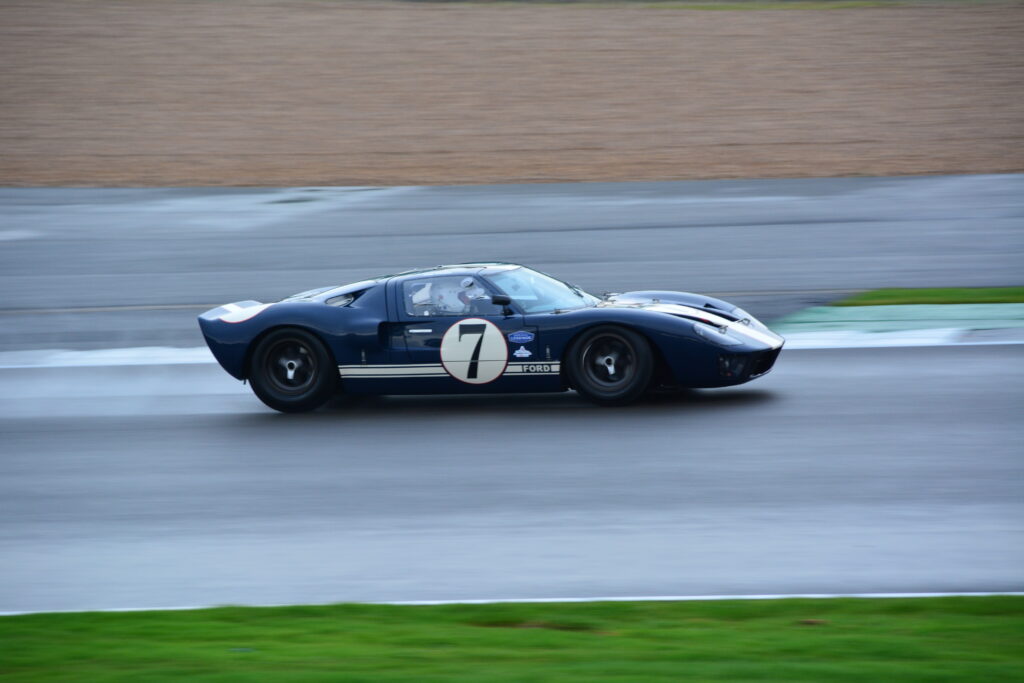 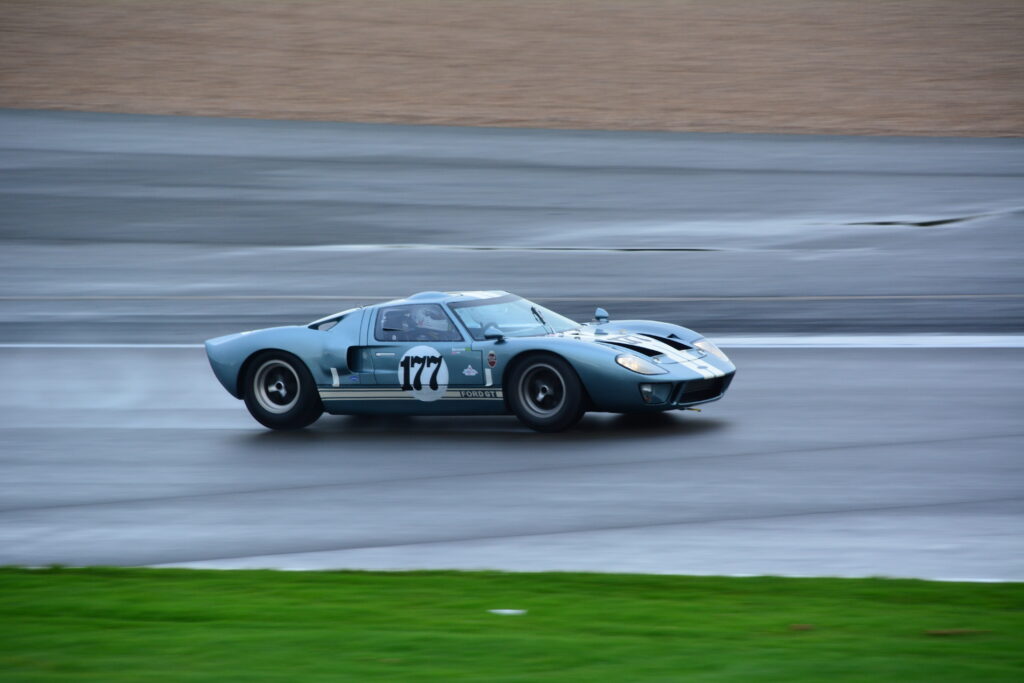 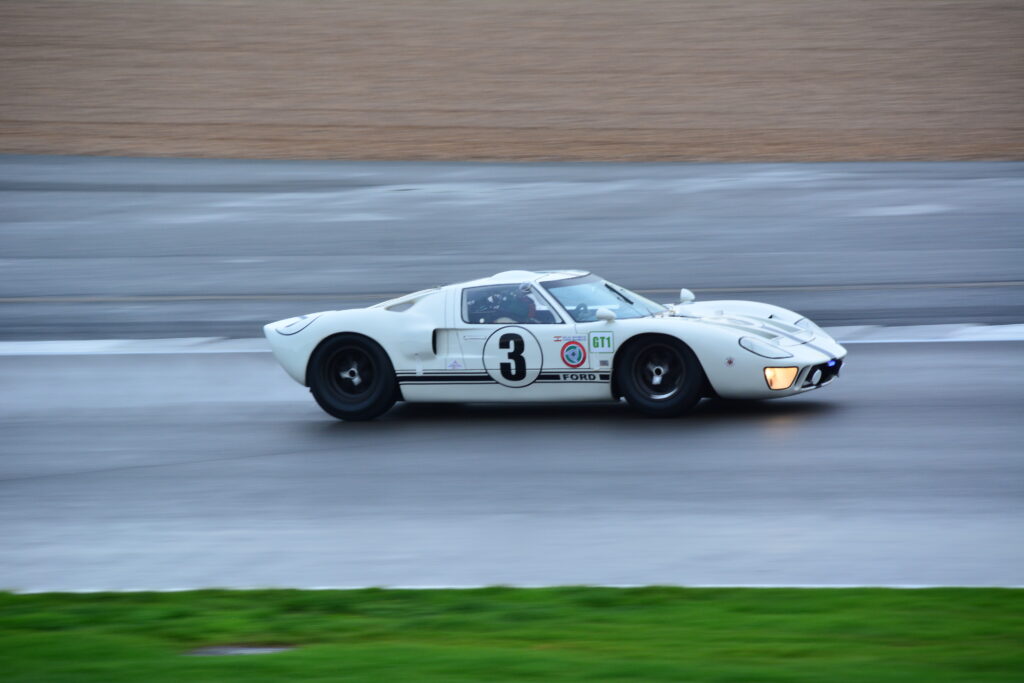 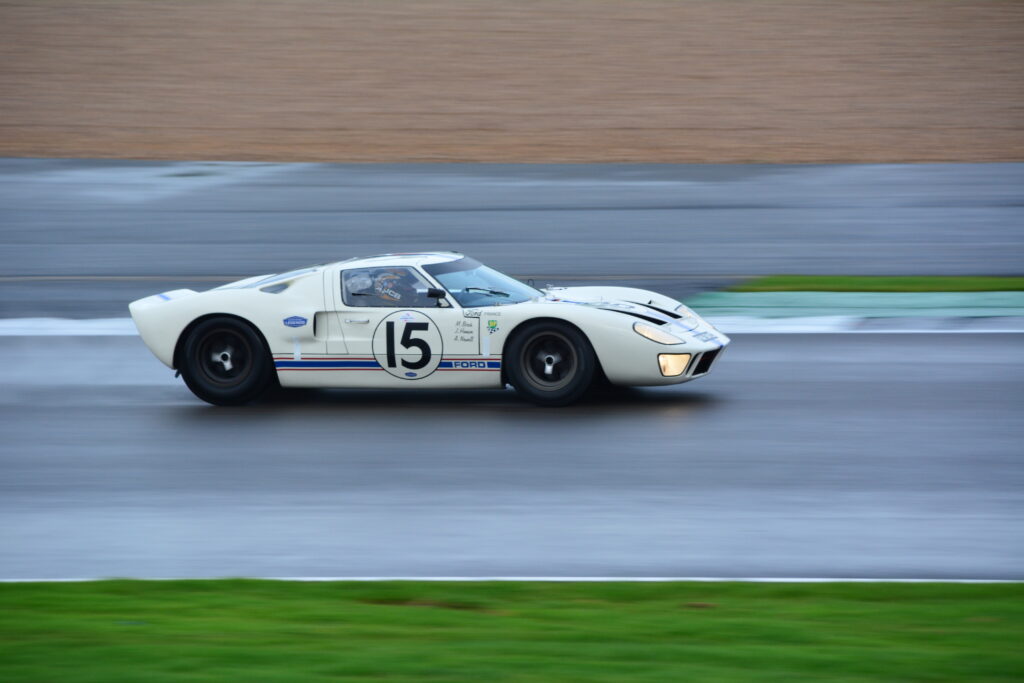 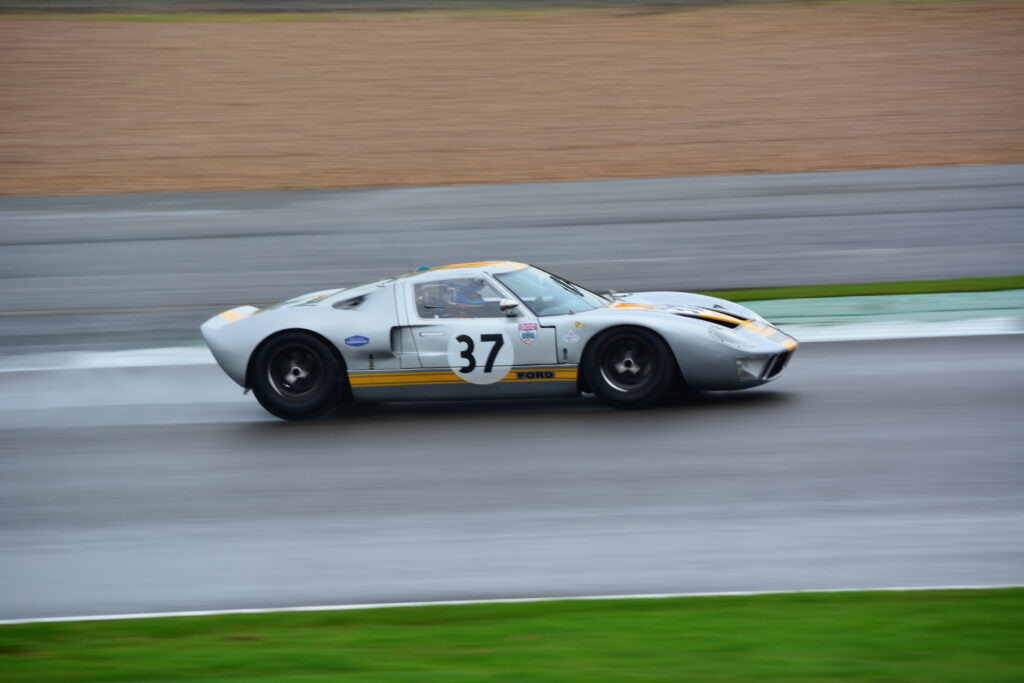 In total we had 14 cars on display at the event and needless to say, we made quite the impression. Thanks to Brian Magee and his connections with the commentary team, the club got two mentions during the race (and the car line up can be seen in the background of the YouTube race coverage as the GT40s race around Farm Curve !).

All in all, a fantastic day ! 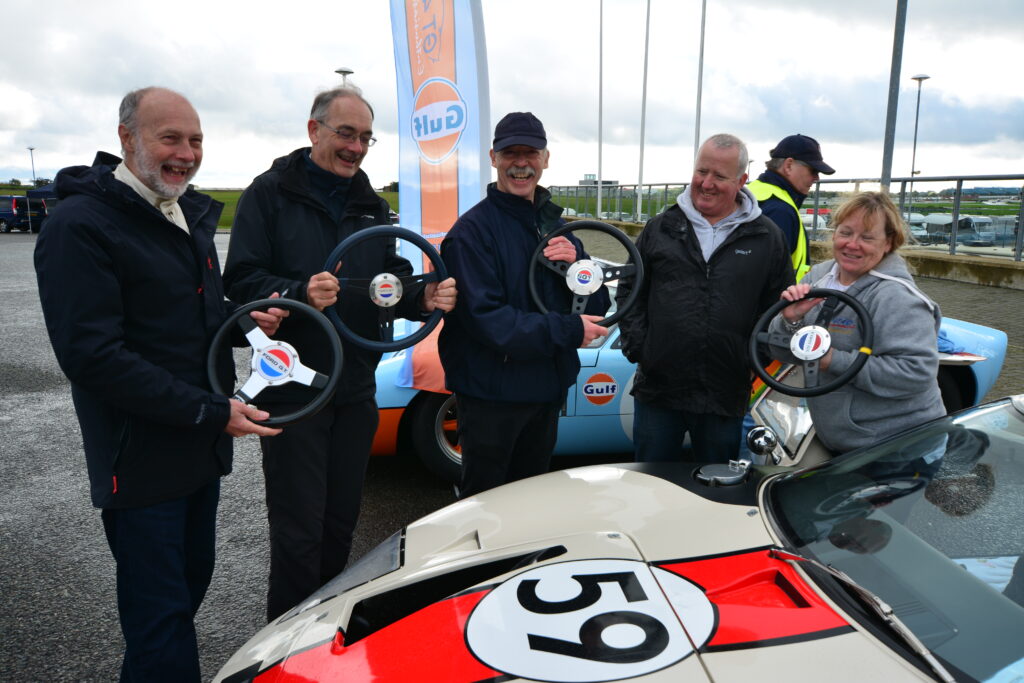 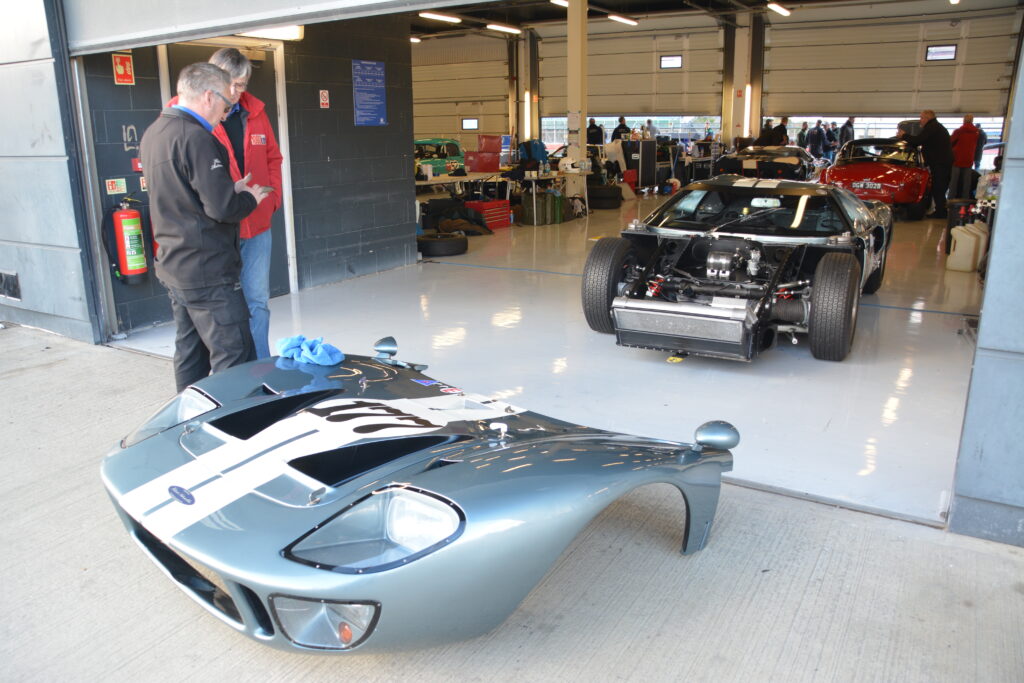 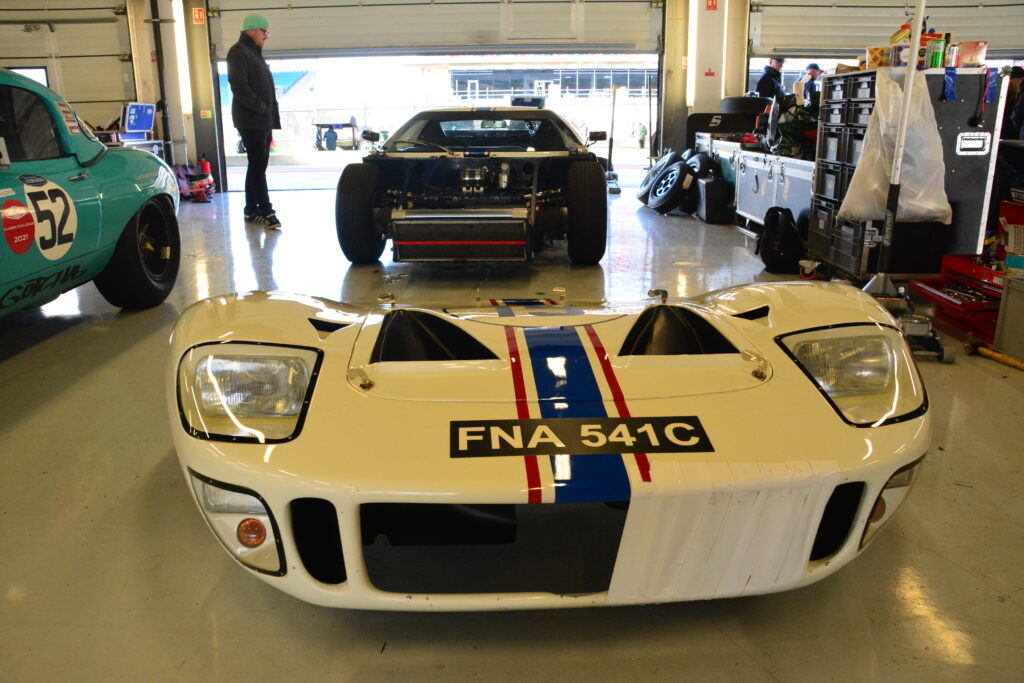